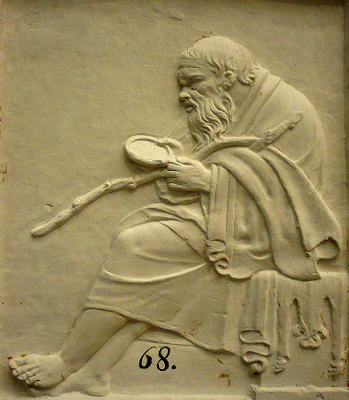 (image)
M0978 (not in Perry). Source: Aelian, Historia 11.10. This story is not in Perry; Perry did not use Aelian as a source. Zoilus was a Cynic philosopher and literary critic of the fourth century BCE. He was a Thracian by birth and is sometimes referred to as the “Thracian dog.” His criticisms of Homer were so stinging that he was known as Homeromastix, the “scourge of Homer.” Compare the fable of the toothless frog, #603, or the hypercritical Momus, #802. For a barking dog, see #380.
Posted by Laura Gibbs